Receive the same tips I used to build a 7-figure real estate business from scratch in under five years!

EXPCON is a 3-day event that eXp Realty hosts every year.  Real estate agents from all over the world, including ones not yet with eXp Realty show up for this one-of-a-kind event!

As you may already know eXp Realty is a cloud-based real estate brokerage.  The majority of the work that goes on within the company is done so via our virtual office, eXp World.

Tons of networking, training and breakout sessions, and fun takes place at this event that hosts thousands of agents.

Wow! What an amazing trip and experience!  From the moment we landed in New Orleans for EXPCON 2018, to the day I left, 5 days later we were on the GO!

Krissi and I arrived on Saturday, a few hours after our San Antonio posse, Pat Hays, Brent Wallgren, Adam Graham, Matt, and Carmen Bean and a few others. This was because they took the direct Southwest and Krissi and I mistakenly booked a United flight with a layover in Houston.

Side note: New flying rules. If it’s over a 5-hour drive, fly. Unless it’s under 10 hours and there isn’t a direct flight available. It basically took us 8 hours between driving to the airport, check-in 2 flights, a layover, and grabbing luggage and a ride home. Might as well have driven…

After we arrived we promptly checked into our hotel at The Hilton Riverside and set out to grab dinner. Our first stop Willies Chicken Shack! Man do they have GREAT fried chicken and the “Cocktails” aren’t bad either.

As we approached Canal street, we could tell it was not going to be a normal night in New Orleans. We were fortunate enough to be surrounded by a Halloween parade that had been going on all day and into the evening! Later, we learned Pat was even fortunate enough to snag a ride on one of the floats!

After dinner, we resumed our mission to catch up with our San Antonio folk. They had made their way through the parade to The Blue Nile on Frenchman St., a well-known funk and blues music bar. Plenty of dancing and signing ensued and the rest of the night was a blur.

The next morning was a little rough, to say the least. I’m pretty sure nobody paced themselves so waking up Sunday was slow…

After we all got ready, we met for breakfast at the buffet in our hotel... amazing by the way. Then made a plan to go meet up with some eXp friends of ours, AJ and Abby Mida who were staying at the Marriott, near Bourbon St.

After meeting up with Aj and Abby we walked in circles for a bit then wound up on Bourbon St. where we occupied a balcony at Felix’s Oyster Restaurant and had eXp peeps meet up with us throughout the afternoon. After fueling up on more drinks and red beans and rice we set out to go take an open-air double-decker bus tour around the city.

Although we couldn’t hear a word the guide was saying, the tour was nice enough and it was a good way for us to scope out what we would do the next day… visit the WWII museum.
After the tour, we all stopped out to Manning’s sports bar to eat dinner and watch the Cowboys game. Of course, the Saints were playing at the same time so the bar and town, in general, were going crazy! Saints won after the Ravens missed a last-second extra point that would have tied the game so everyone was happy!

Before calling it quits for the evening, eXp hosted an agent karaoke back at the Hilton. This was the first scheduled company event for EXPCON 2018 so it was our first chance to really catch up with the rest of our eXp peeps from all across the US and Canada.

It was quite unexpected how many new faces were in the room. To give some context, last year when I attended the event in Fort Lauderdale eXp had just hit 5000 agents, 700 of which attended the convention. This year, eXp is right at 15,000 agents, with over 2000 at the event!

Monday morning was a bit easier to wake up from. So much so that I got up early and decided to fly the drone while Krissi and most everyone else was still asleep. I was able to catch some great shots of the sunrise over the city.

Also, eXp hosted a REbarCamp which I stopped in for a couple of classes. REbarCamp is considered an “Unconference”. This means that the sessions are typically taught by other agents and are more of a mastermind of sorts than regular training. This was a come and go event and went through the morning and early afternoon.

When the rest of the crew got up, it was time to get going to the WWII museum we drove by the day before. But not before stopping by a bar on the way to grab bloody marys and mimosas for the ladies.

From the moment we arrived at the museum, it was like NO other museum I had ever been to. From the 4D movie narrated by Tom Hanks and the immersive displays, you really felt like you were transported into the ’30s and ’40s and were a part of history.

I learned so much about our history and how we have so much to be thankful for those who served during these times and paid the ultimate sacrifice for our freedom. There were days worth of displays and information available to see but we needed to get back to our hotel to get ready for the awards banquet that would be later that night…

As soon as we got back to the hotel, I quickly changed into my suit and while Krissi finished getting ready, I headed down to the lobby bar where a gathering of eXp ICON agents was scheduled. ICON agents are top agents in the company that has hit a certain production level in their business for the year. I’m truly blessed to be among this group of amazing agents who are doing HUGE things all across the country.

Finally, I met back up with Krissi and the rest of the San Antonio crew for what would be an AMAZING eXp awards gala. It was here that they recognized me on stage and awarded me my ICON award! Congrats also to my fellow San Antonio ICON agent, Carmen Bean!

This would truly be a night to remember! After the gala, we all changed clothes and Uber’d ourselves out to Pat O’ Briens. What started as a group of 6 turned into eXp agents taking over the entire piano bar section! Hurricane platters, each carrying 10-15 hurricane drinks at a time were brought out on repeat. Even eXp World Holdings CEO, Jason Gesing made an appearance that night, to which everyone began chanting “E-X-P”...

The night ended with a trip to the pizza place down the street for a 2 am slice before heading back to the hotel so Krissi could get packed and ready for her flight back to San Antonio in the morning. Mama can only be away from the kiddos for so long!

The Start of the Convention

Tuesday was the start of the actual EXPCON 2018, with general sessions being hosted most of the day with a lunch in between. As you’d expect with a night like the one above, many of the agents stumbled in throughout the day…

We learned that eXp acquired an app ShowMeNow, which schedules on demand showings of eXp agent listings to better assist the seller and potential buyer. eXp also announced that we’ve now added services in West Virginia, which means that eXp is now open in ALL 50 US states! Lastly, the other big news is that eXp has a letter of intent to bring our virtual office software partner, Virbella, in-house.

Following Day 1 of the EXPCON 2018, eXp planned a Block Party a few blocks down from the hotel. This was a private event where they sectioned off a whole block in New Orleans and had food, jazz music, and OPEN BAR! The rain put a semi-damper on things so many of us ended up at Mannings again for a sit-down dinner. Pretty sure everyone was exhausted this day from the conference and the night before so it was an early night.

The next day was the last day of the conference and it was a half day. The morning had multiple breaks out sessions that agents could pick between. Topics ranged from lead generation to business planning, to tools to increase business.

Finally, during the closing remarks, eXp announced the schedule for next years events. Our annual shareholder's meeting will be in June in Orlando and EXPCON 2019 will be in Las Vegas! Any predictions for how many agents will be with the company next year?

After the short day, we took a trip down to the french quarter to see the bar everyone was talking about. The Carousel bar inside Hotel Monteleone. This bar looks like a carousel and spins around slowly throughout the hour. It was here that some of us decided to take a river cruise for dinner.

As you’ll see in the pics, it was simply amazing! The food was excellent, the weather was perfect and it was an all around great experience and way to see the city from the river.

This trip was one of the best experiences I’ve ever had for a “work” trip. The networking that was experienced (I had a wallet FULL of other agents business cards when I got back) was on a whole different level. The atmosphere of collaboration that was shared with agents from across the country and Canada was exhilarating. The stories from agents about what eXp was doing in their life were inspiring!

Overall, my biggest takeaway is that eXp is more than just a real estate brokerage, we are a family… one that I'm very proud to be a part of! 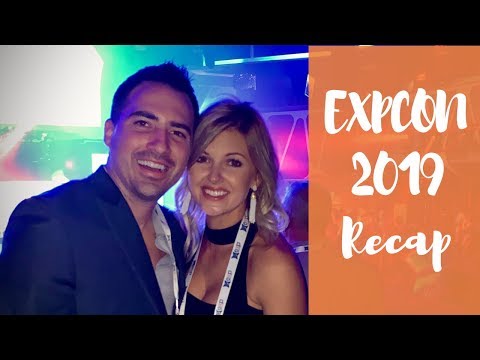 Check out my Partner Page for details on the benefits of working with me at eXp Realty. I've helped hundreds of real estate agents, team leaders, & brokers all over the country, increase their business & build additional revenue streams. Together, we can make this year your best yet!